A section of Ghanaians is demanding the immediate arrest of the Ambulance driver who allegedly loaded his vehicle with bags of cement.

A video of the ambulance parked at a joint with some young men loading bags of cement in it has since gone viral. The situation has left many wondering why the driver could have the courage to use an emergency vehicle for personal business

The issue of lack of ambulances in Ghana became very topical and the Akufo Addo-led government had no other option but to procure one each for every constituency in the country.

Ghanaians became happy when the ambulances were dispatched to their various destinations and started working. Since then, these ambulances have been saving a lot of lives from accident scenes especially.

It was expected that since the country spent huge sums of monies in purchasing them, they could be maintained by those who are supposed to manage them. 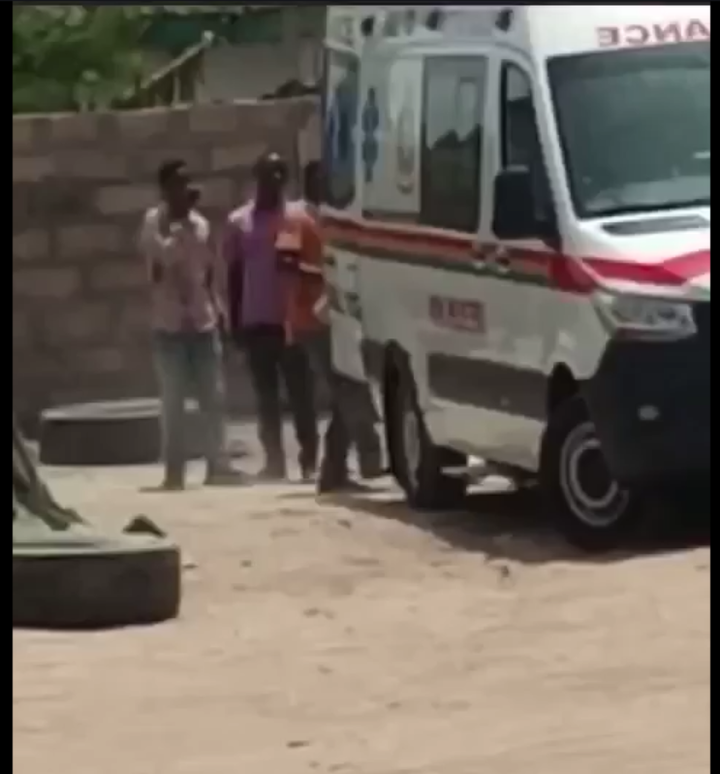 Ambulance being loaded with bags of cement

However, one of these ambulances has been spotted loading bags of cement at Gomoa East in the Central Region. It is very unusual for anyone to believe that some people can be heartless in causing harm to property of the state.

Following the development, some Ghanaians have taken to social media to demand the immediate arrest of the ambulance driver.

According to them, the driver must be sacked because he does not have the country at heart.

The video was previewed on the official Facebook page of Asempa FM’s Ekosiisen program and that caused some trouble for the driver.

“Cement is made to be picked by trucks. Ambulances are also made to pick only sick people. It is only in Ghana this will happen. The driver should be sacked and arrested”. Prince Adjei indicated. 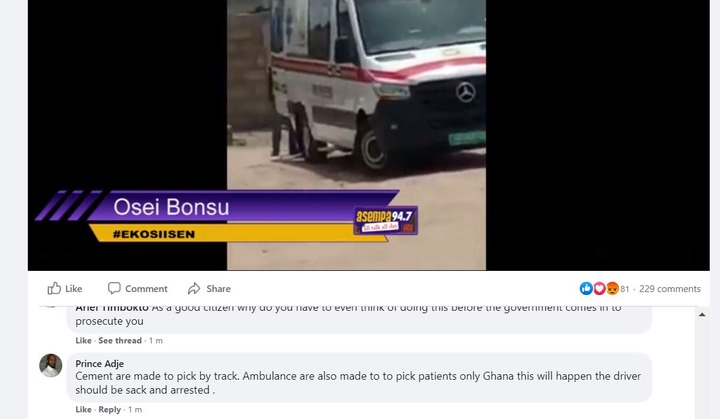 Nhyiraba Sammy Asare-Storph who also commented called for the arrest of the driver. He believes the conduct of the driver is not friendly for nation-building.

“The driver should be arrested and put behind bars. His attitude is not the best for building a nation”. He added

In the meantime, investigations into the conduct of the driver have begun by the Ghana Ambulance Service.