Over 25 people have reportedly perished in a fatal accident on the Bibiani to Sefwi Bekwai road in the Western North region. 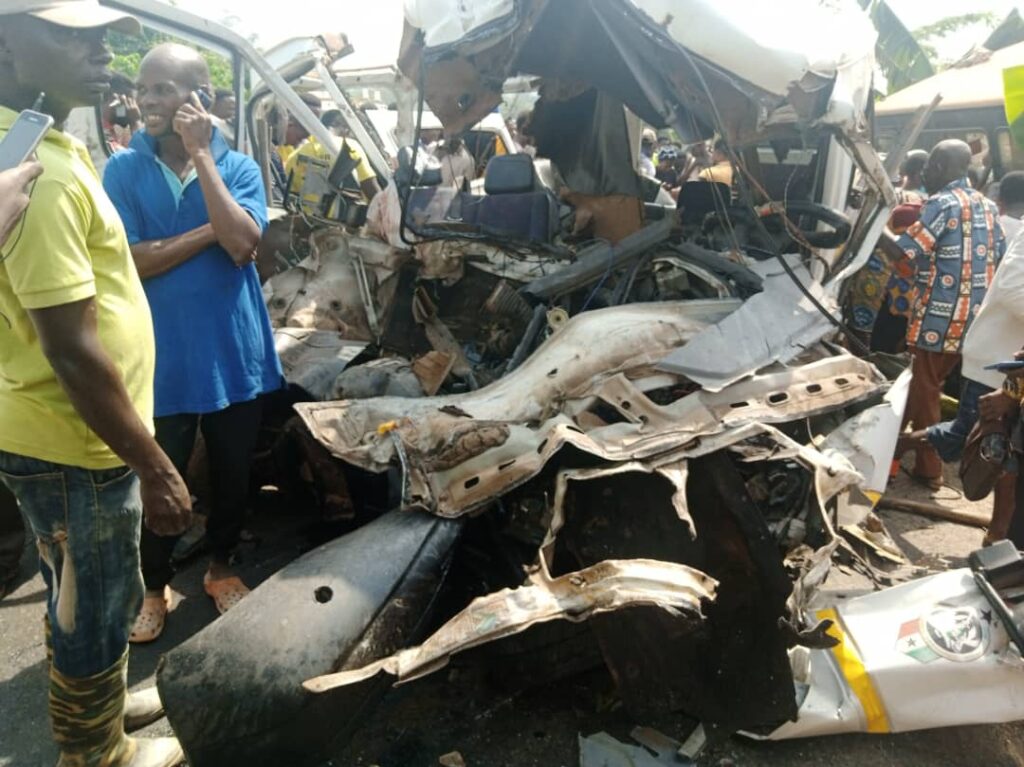 It is yet to be established what led to the accident but several others who sustained severe injuries have been rushed to a nearby accident.

SHOCKING: Pregnant Wife Was Caught With Another Man In A Hotel – Romance