The police administration has finally released photos from its Wednesday, November 10, 2021 special meeting held at its headquarters for actors in the creative arts industry.

One of the photos of the celebrities and police chiefs published via the official Facebook page Ghana Police Service shows the popular dancehall artiste, Shatta Wale, kneeling before the Inspector General of Police (IGP) George Dampare. 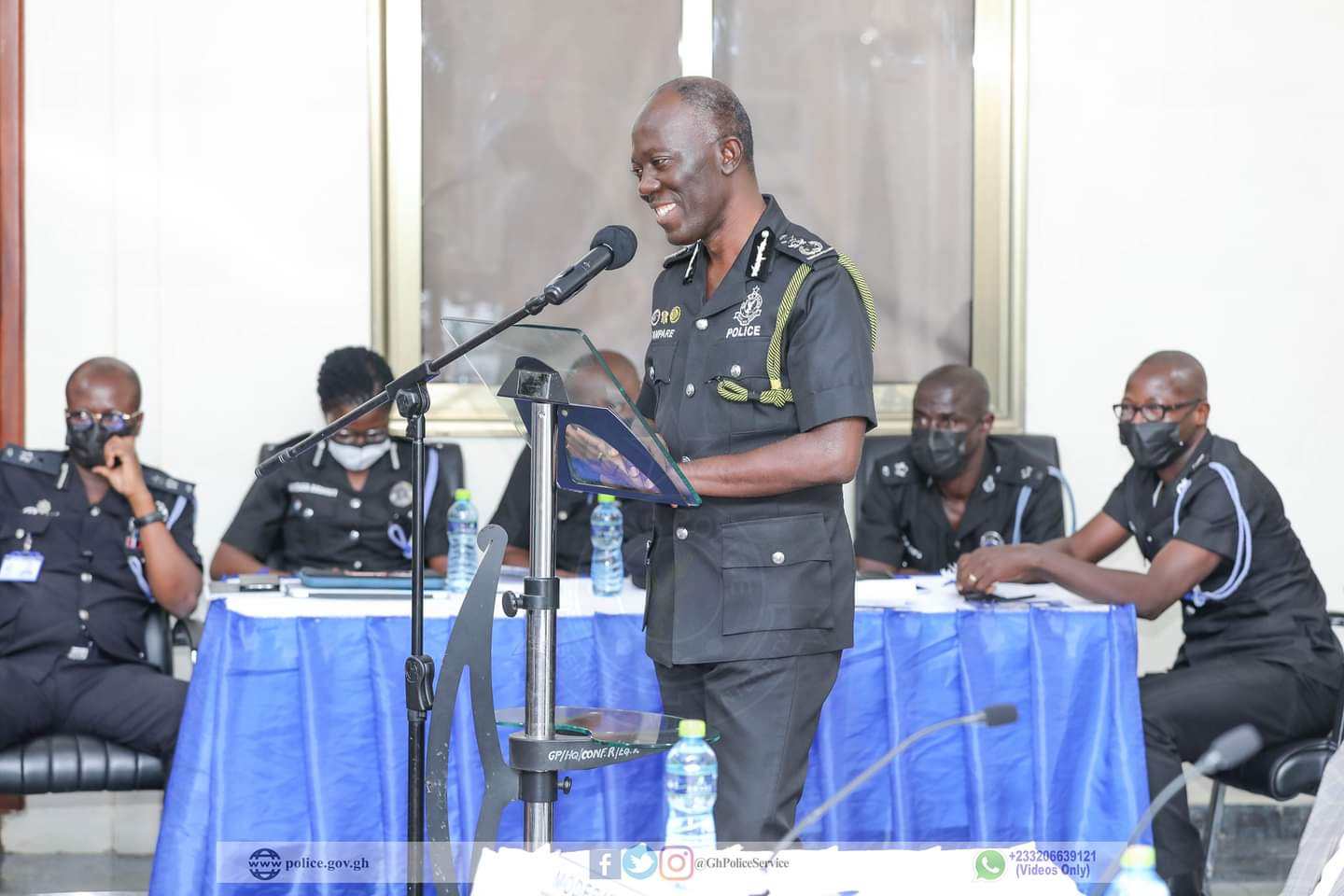 According to attendees, even though the police administration insisted that no cameras were allowed in the meeting place, Shatta Wale attempted to use his smartphones for filming, which he was prevented from doing, leading to a brief disruption of the meeting. 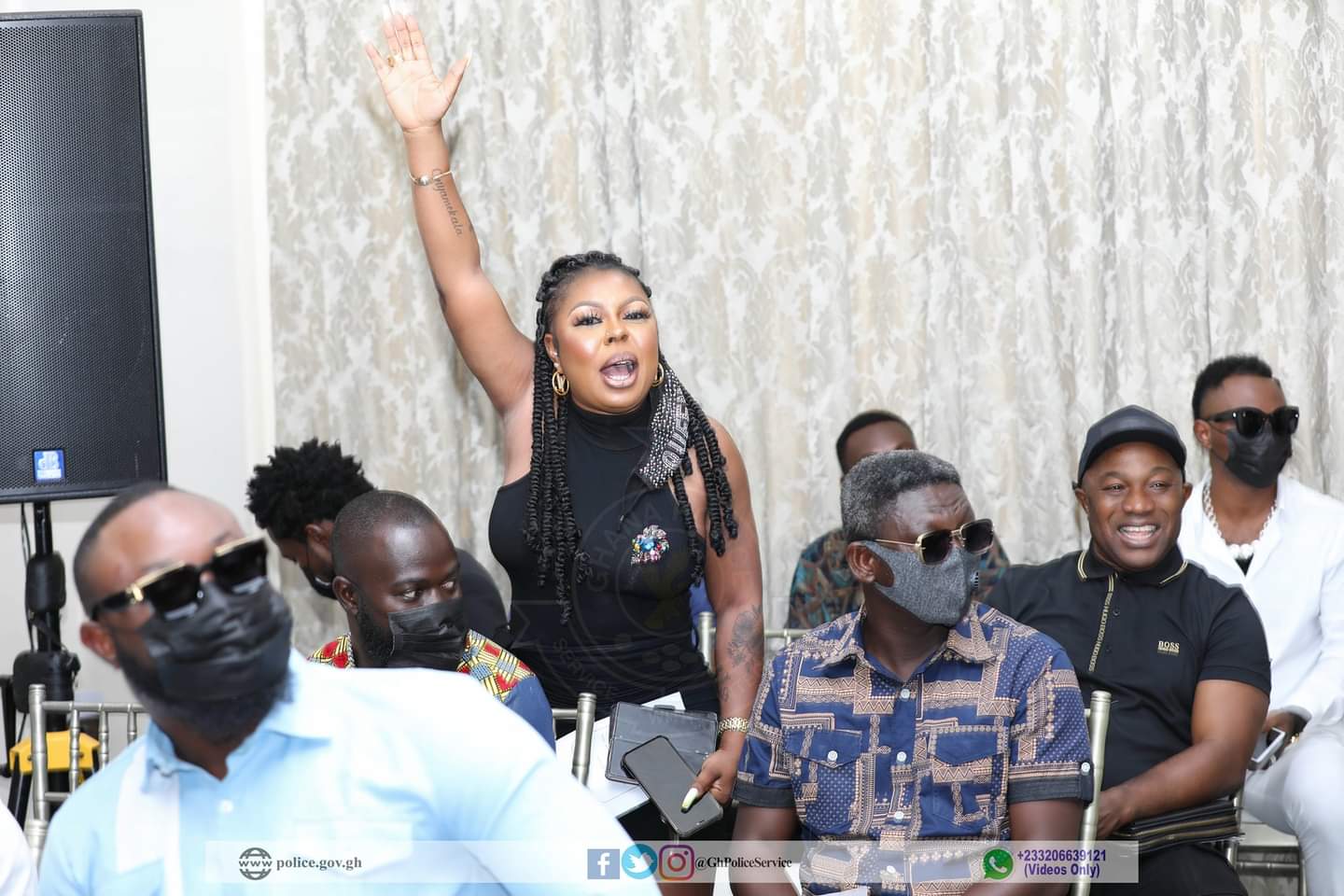 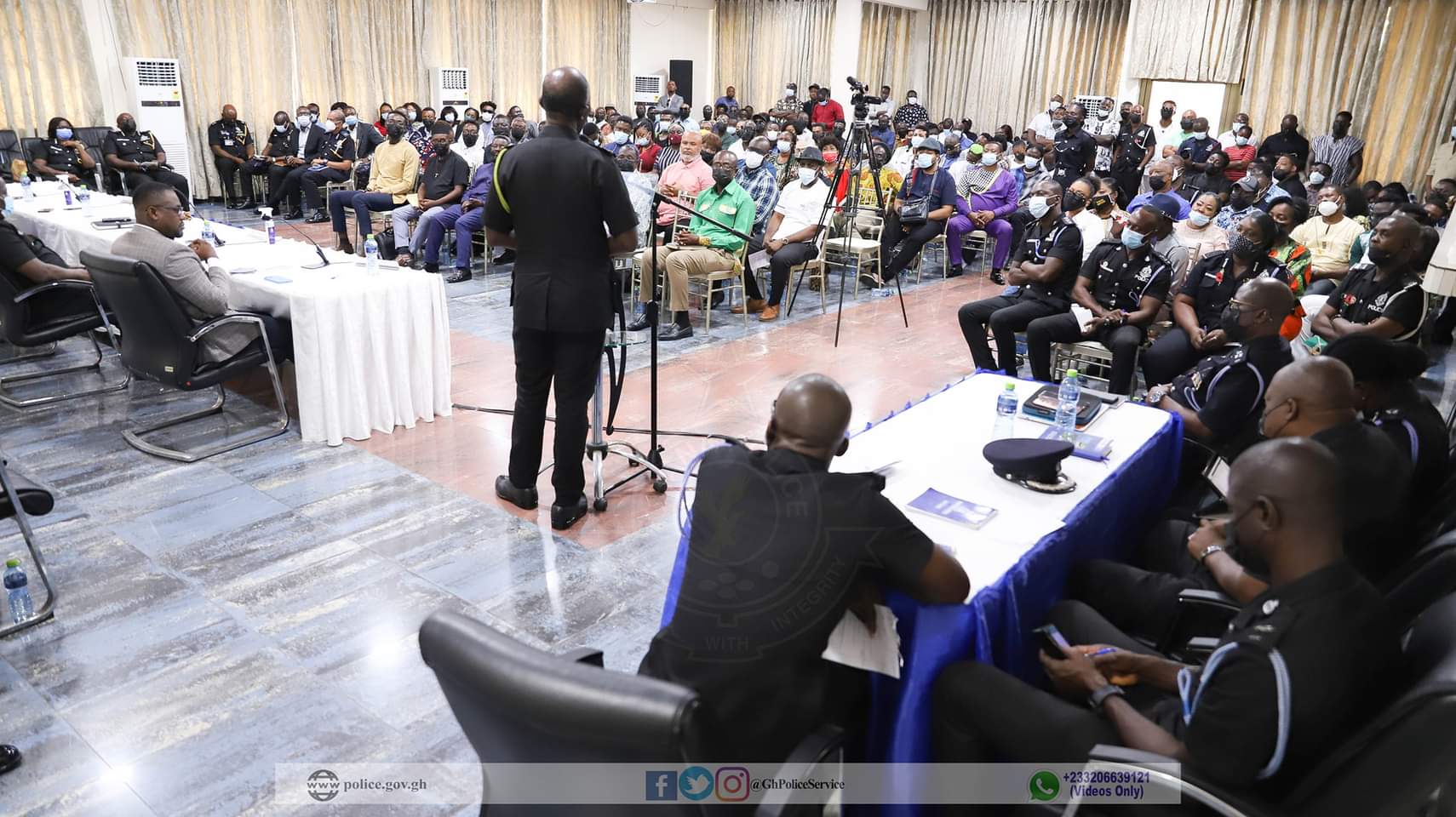 Calm was restored, and the musician decided to render an apology to the IGP by walking to his table to kneel down before him.

The musician is also reported to have appealed to the police administration to take it easy on people in the creative arts industry, adding that their antics are meant to entertain people and not to deliberately break laws.