Former First Lady, Lordina Mahama, has issued a disclaimer to a statement making rounds on social media, purporting that she is to pay pack all the monies that were given her in her role as the wife of the former president, John Dramani Mahama.

The statement, titled, “Refund of all allowances paid to me from 2009 to 2021,” said in part that, “I gladly inform the public that I have procured the services of an accounting firm to compute how much I was paid from 2009 to 2016 as second lady, and also, how much I have been paid from 2017 to 2021 as former first lady.

“I pledge to refund these monies to the state treasury immediately after the computation is completed.”

The former First Lady, sharing the fake notice on her official Facebook page, urged all to take note as it is not from her office. 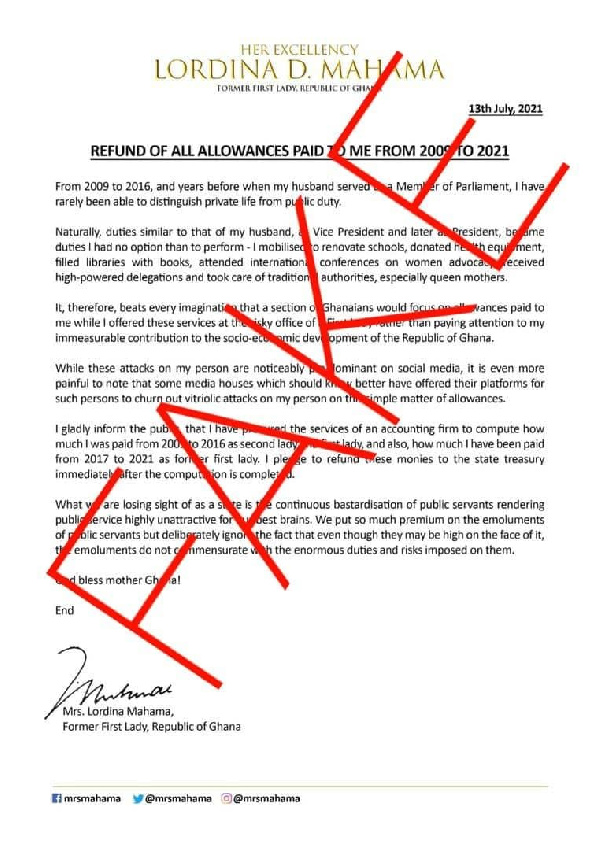 This is coming at a time when the First Lady, Rebecca Akufo-Addo, and the Second Lady, Samira Bawumia, have both issued statements to reject a proposed plan to pay them allowances, following widespread public disdain at the news.

“The First Lady in consultation with the President of the Republic has decided to refund all monies paid to her as allowances from the date of the president’s assumption to office i.e. January 2017, to date, amounting to GH¢899,097.84.

“The First Lady has also decided not to accept any monies that have been allocated to her pursuant to the Ntiamoa-Baidu Committee, as approved by Parliament.

“She is doing this as a purely personal decision, without prejudice to the rights of others, and not to undermine the propriety of the process undertaken by Parliament,” the statement from the First Lady’s office stated in part. 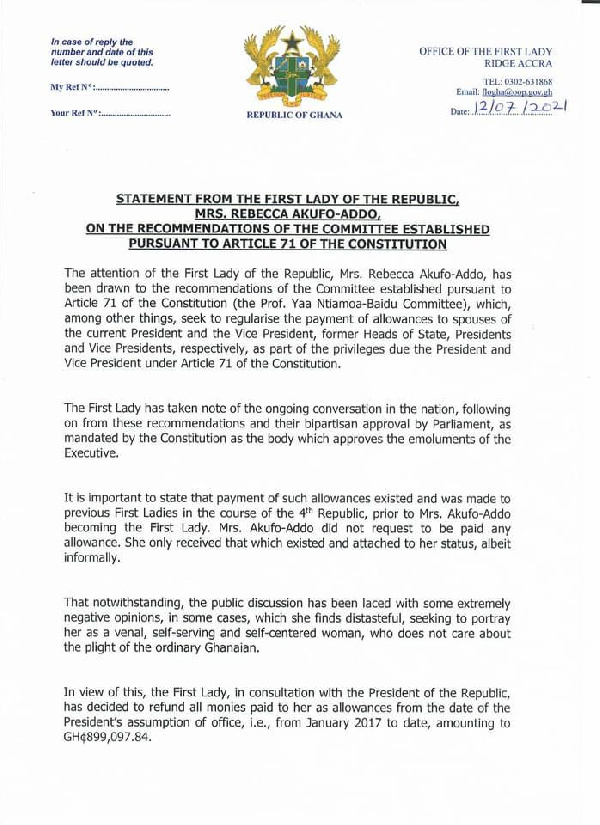 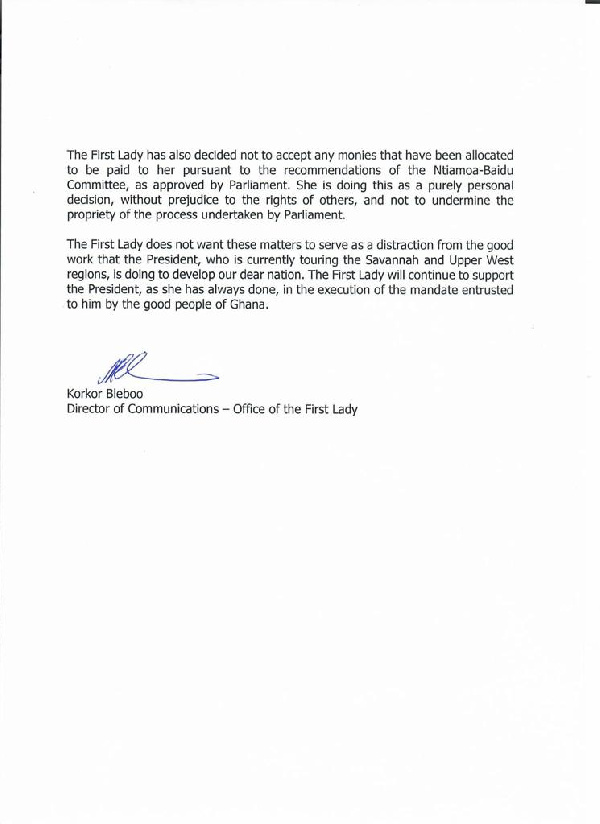 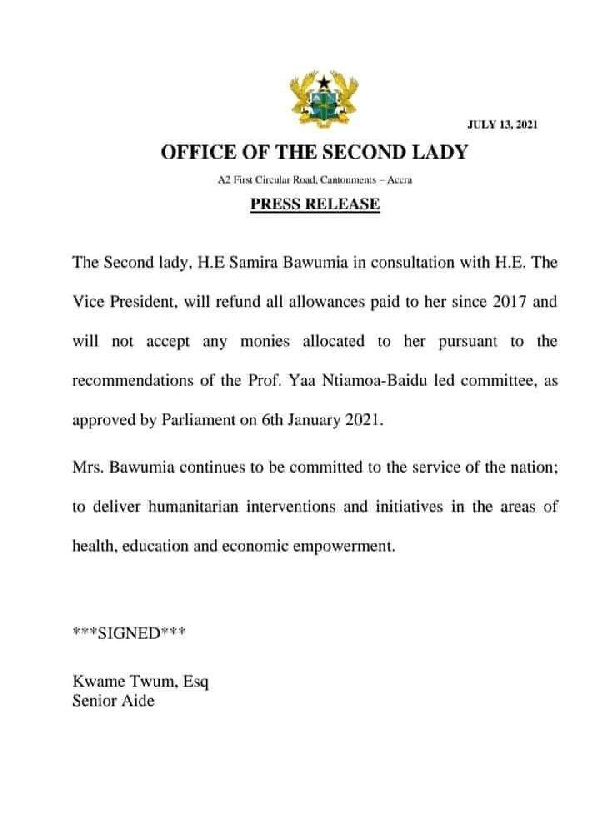 Ghanaian Times: LGBTQI community doesn’t have space in our culture!