An ambulance driver carrying a pregnant woman has been involved in an accident at Sefwi Bekawi.

According to reports, the Sefwi Bibiani-Anhwiaso Bekwai ambulance was contacted to transport a woman in labour to the Wiaso Government Hospital.

But, prior to reaching their destination, the woman is said to have delivered a baby girl, for which the ambulance was ordered to head straight to the Komfo Anokye Teaching Hospital after arriving at a CHPS compound for first aid. 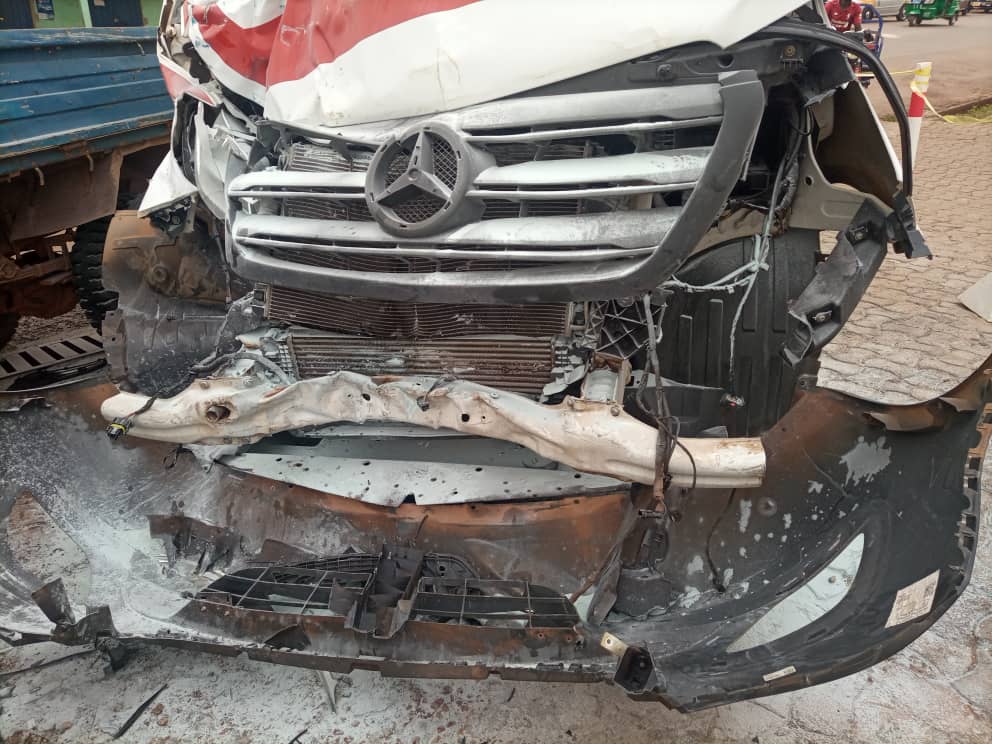 It was on their way that a KIA Rhino car was said to have collided head-on with the ambulance after making a wrong U-turn.

The ambulance driver sustained minor injuries, while the mother and newborn daughter were unscathed; all are currently receiving treatment at Sefwi Wiaso Government Hospital.

The front part of the Sefwi Wiaso Constituency ambulance was badly damaged.

The KIA Rhino driver is currently at large. 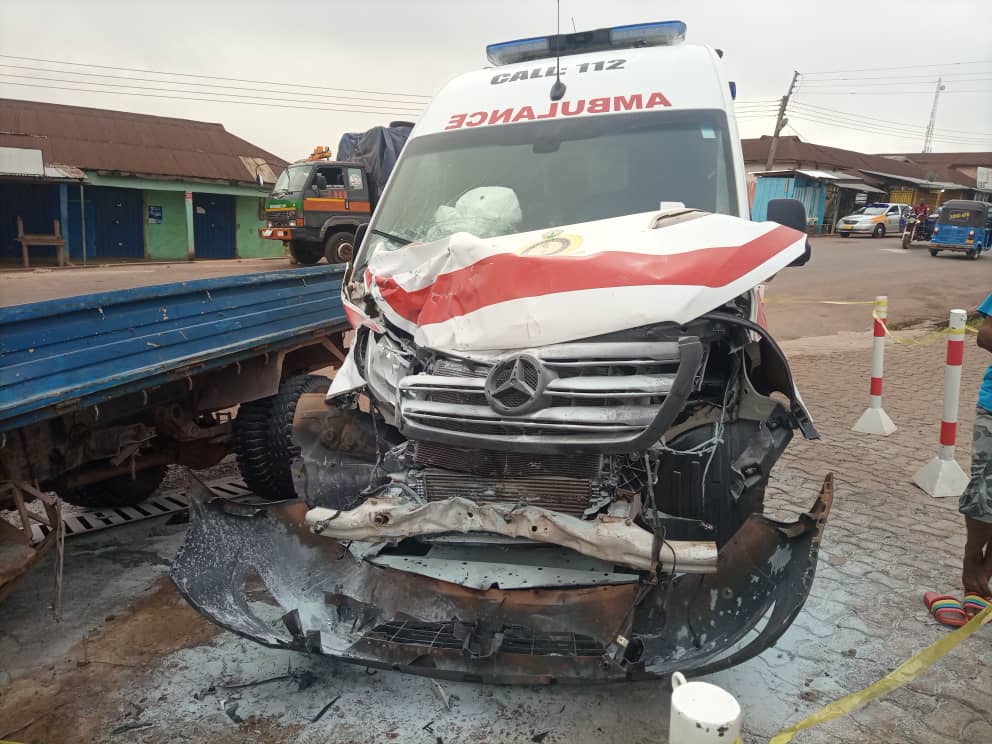 VIDEO: Should I commit suicide or do prostitution? – Widow cries