A young man has been hospitalized following an assault meted on him by his wife.

The wife allegedly butchered the husband. In fact he suffered 7 machete wounds from the assault.

Currently receiving treatment at the hospital, the man says he will not report the incident to the police.

According to the doctor who is treating him, the man says he doesn’t want his wife to be arrested so he won’t report it.

He didn’t want this case to be in the media space either but the doctor reached out to journalist Saddick Adams to publish the story.

According to Saddick Adams, the mother of the man has reported the incident to the police against the wish of his son who doesn’t want his wife to be arrested. 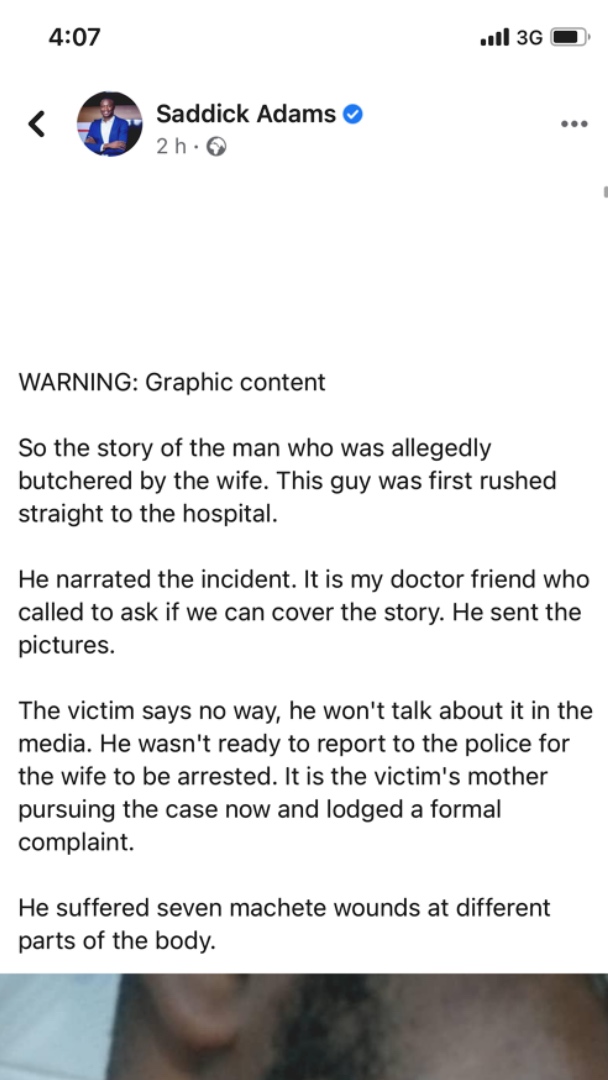