Revealed: American model who was found dead in a hotel in Accra came to meet Ghanaian billionaire who is allegedly linked to the NPP

It has been revealed that Tyger Booty, the American model who was found dead at a hotel in Accra came to meet a Ghanaian billionaire who is allegedly linked to the NPP governemnt.

According to a report by an American blog hiphoplately.com, the Ghananain billionaire who has ties in the ruling government invited the model over for a paid vacation.

Tyger Booty was an Instagram model with close to 600,000 followers.

One of them was an unnamed Ghanaian billionaire, who supposedly has ties to his government’s ruling party.

He offered to fly the American to Ghana’s capital city of  Accra for a “paid vacation.”

Shortly after, she was found dead in an Accra hotel room.

The cause of death is unknown.

The word in Ghana is it could anything from an overdose to suicide to foul play. 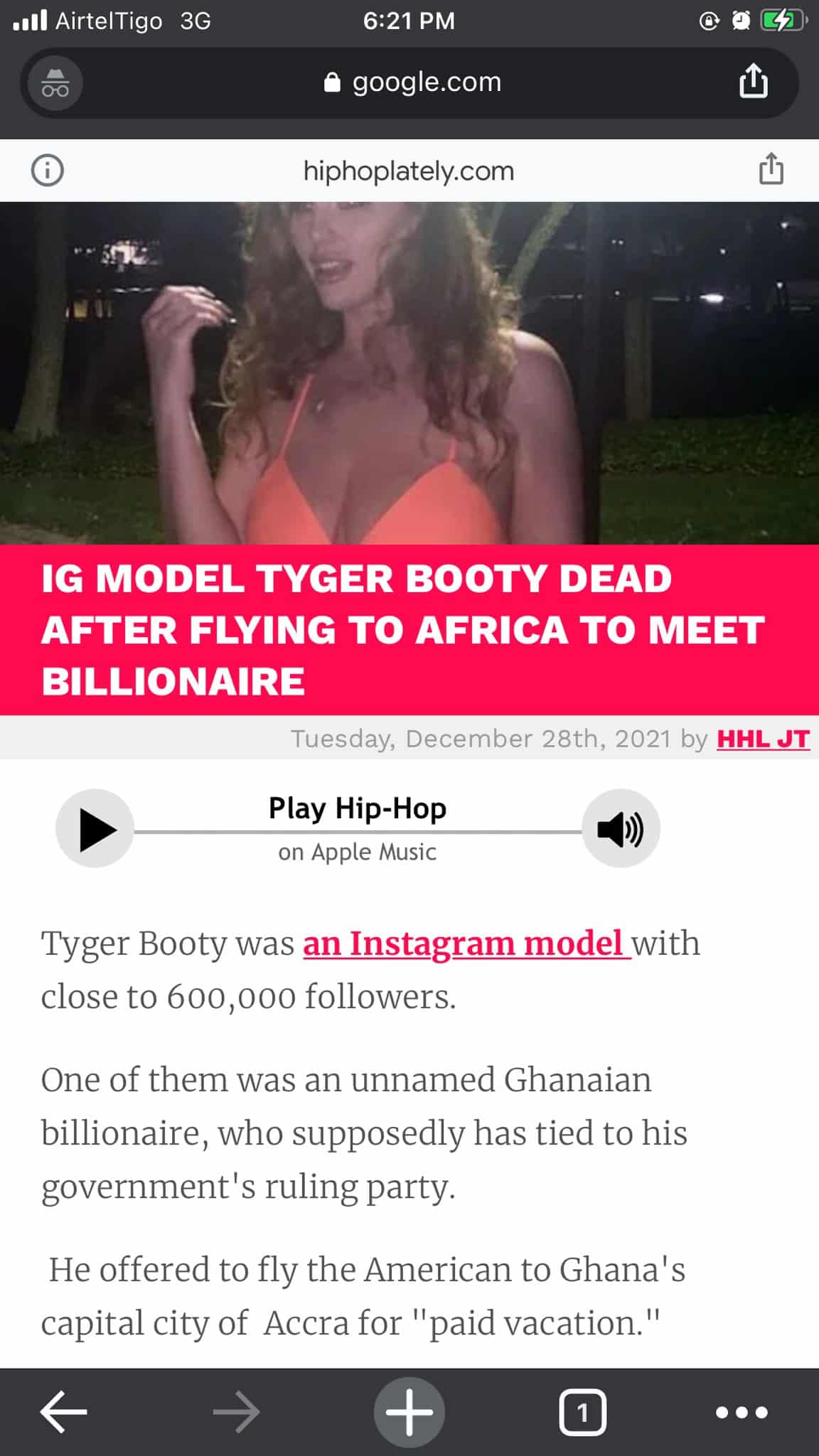 Meanwhile, the identity of the Ghananain billionaire is yet to be uncovered.

Election petition: Mahama and I are on the same level now – Akpaloo mocks