Report convened has it that, the Minister of Information Honorable Kojo Oppong Nkrumah has confirmed the death of Ante Kate, a woman who cared for him since 1997.

According to Opera News, woman who passed on played an effective role in his life.  Indeed, anybody who plays the role of a responsible person in one’s life should never be forgotten even in death.

It was indeed a hard moment when Kojo Oppong Nkrumah begged for God’s strength for the family in this crucial and hard time.

According to Kojo Oppong Nkrumah, the late Ante Kate will stop all that she is doing and occasionally visit him to know how he is doing.

“Myself, my brother Joseph Gyedu Williams and family today bid farewell to our mom, Aunty Kate.

She was a mother to all of us who occasionally passed through the house since 1997. Paa Kow, may the Lord grant you, Ewuradwoa and the entire household strength.” Kojo Oppong Nkrumah sadly wrote on his official Facebook page.

May God comfort Kwadwo Oppong Nkrumah and the rest of the family. 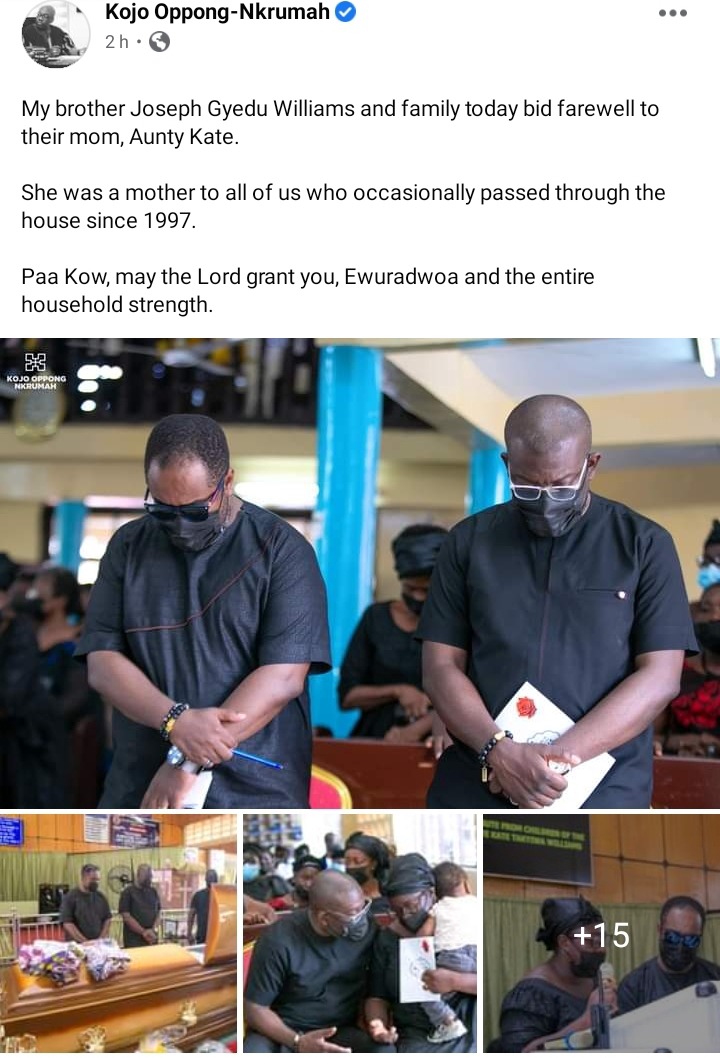 HOT VIDEO : Broken-hearted man demolishes house he built for his girlfriend after dumping him [Watch]