News reaching smartandstuck.com has it that the founder and leader of Resurrection Power New Generation, Rev Anthony Kwadwo Boakye, has died.

This comes after the man of God was hit with stroke. He died today November 11 after battling with a long illness.

He was admitted at the Korle-Bu Teaching Hospital when he met his untimely death.

According to a post made by one Osaberema Nhyiraba Yeboha Joshua on Facebook, the man of God has been confirmed dead. 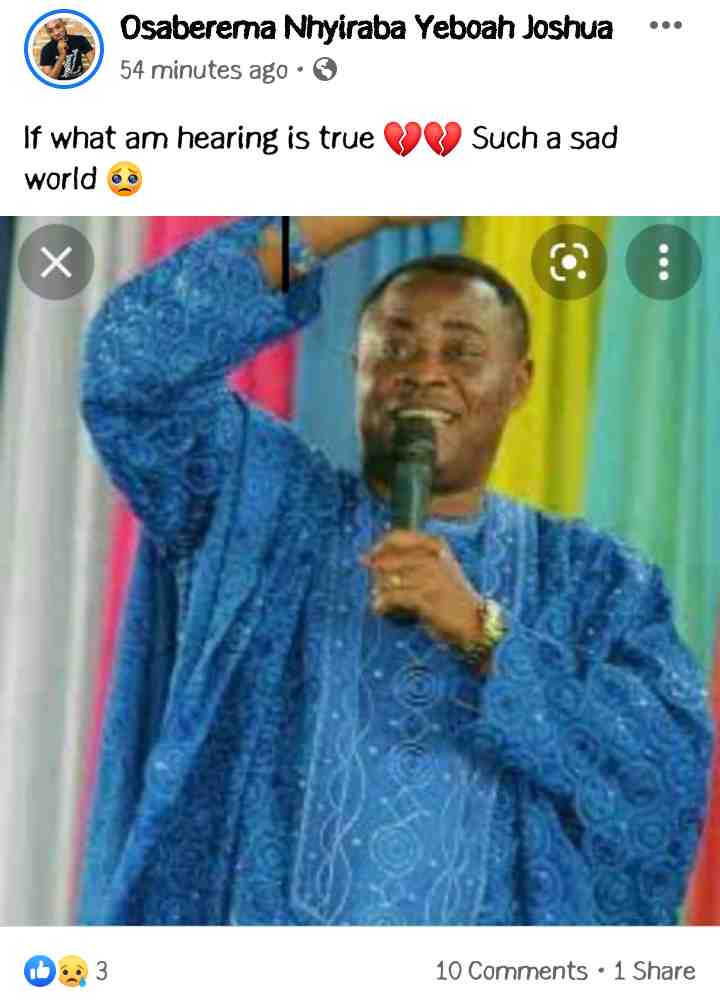 Bombshell: Law Students Never Failed; They Were Clearly Denied Access To Law School Due To Lack Of Space – Prof Azar