A 58-year-old woman, Akua Saa has been arrested for allegedly slapping the Kyebi District Police Commander, Chief Supt. Magnus Reindorf Sam in a bit to prevent the arrest of her son, Frederick Sarkodie, and three others who were engaging in the trading of narcotics.

The suspects namely Akua Saa, Margaret 28, Kingsley Sarkodie, 22, Vivian Saa, 33, Fiago Gilbert, 38, and Frederick Sarkodie, were arrested at Akyem Sagyimase in the Abuakwa South Municipality of the Eastern Region during a swoop conducted by the Police Thursday afternoon. 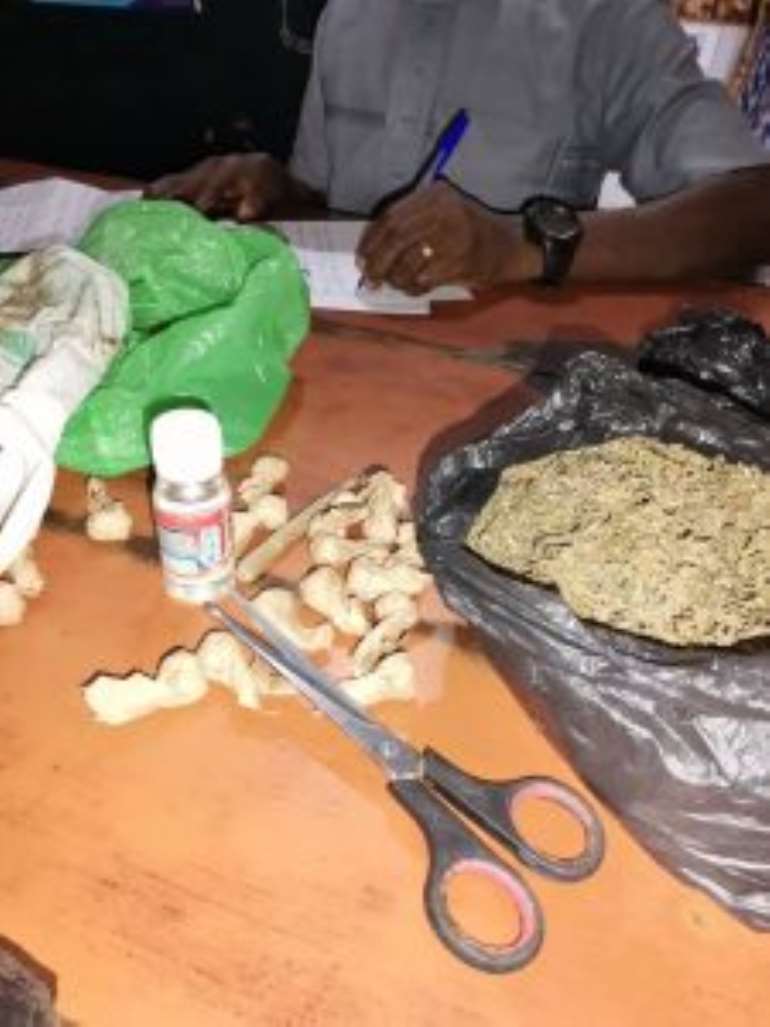 According to reports, the operations were led by the Kyebi Police Commander with 20 armed policemen who embarked on the swoop within targeted ghettos around Kyebi.

In the process, the Police officers stormed Akyem Sagyimase where they arrested the suspects who were allegedly trading in the narcotics.

The woman, allegedly prevented the Police from arresting her son, while struggling with the officers, in which she slapped the Police Commander in his face, but she was overpowered by the other armed officers

They were subsequently sent to the Kyebi Police station, where they are currently cooling off in the cells assisting in the investigation.

One of the suspects, Vivian Asaa as gathered complained of bodily pains and was rushed to Kibi Government hospital for medical attention.

Meanwhile, the suspects as gathered will be put before the law court this week.

Come 2024, ‘we don’t want any soldier at the polling centre’ – Mahama warns

My Wife Came Home Without Underwear…Put Them In bag, Hubby Tells The Court