Majority Leader, Osei Kyei-Mensah-Bonsu, says he is unhappy with the appointment of the National Democratic Congress (NDC) General Secretary onto the Parliamentary Service Board.

According to him, Johnson Asiedu Nketia’s membership on the Board has the potential of affecting the integrity of Parliament.

He indicated that he had no qualms with the former Member of Parliament (MP) for Wenchi West as a person but the fact that he still holds a position as a General Secretary of the NDC is a great worry.

Speaking to Host, Emefa Apawu on The Probe Sunday, the Suame MP revealed that upon engagement with the Minority Leader, Haruna Iddrisu, he confessed that he was under pressure to present someone.

But later on, the Speaker confirmed that the NDC Chief Scribe’s name had come up for nomination.

“I’m unhappy with Asiedu Nketia on the Parliamentary Service Board. Asiedu Nketia has been a Member of Parliament. He is an intelligent person and maybe if he has to contribute to developing Parliament he could. My worry is his current position as the General Secretary.

“It has never happened before in the life of Parliament especially when you have a very intrusive General Secretary. Even in the course of normal business of Parliament, he will come and sit there to ensure that his people vote in a certain direction,” the Parliamentary Affairs Minister bemoaned. 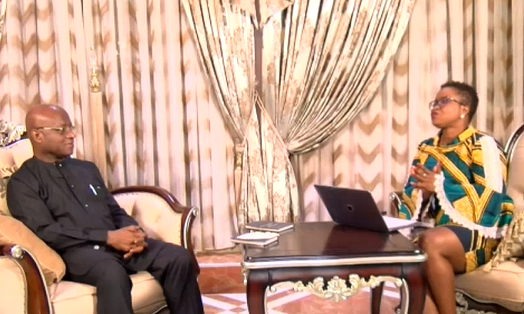 Despite the concerns raised, the Speaker insisted that Mr Nketia met the necessary criteria and therefore, his unwavering decision to appoint the  former MP for Wenchi West onto the Board.

Mr Kyei-Mensah-Bonsu lamented about how Parliament under Mr Bagbin is gradually becoming an enclave for the NDC.

“You have brought in Kofi Attor who is the Vice-Chairman of a party as an adviser. He has brought in two former MPs he says he is bringing them on as advisers, Asiedu Nketia, General Secretary, of the party and then, Gayheart Mensah, he is also coming to the Speaker’s office.

“So you are turning that place into an enclave for the NDC. There is one other guy whose name I have forgotten. He was a usual panel at Radio Gold. I understand he wants to make him his Communications Officer,” the Suame MP said.

The Parliamentary Service Board makes regulations; prescribing the terms and conditions of service of officers and other employees for the effective and efficient administration of the Service.

Also, the Board has the responsibility of promoting the welfare of MPs and staff of the Service and also controls the management of the Service in matters of policy.

The veteran legislature said if the current happenings are not checked, the 8th Parliament will collapse and will not be able to function as stipulated in the Constitution of Ghana.

Ofori Atta to be vetted today