An alleged military assault on some civilians in Damongo in the West Gonja Municipality of the Savannah Region has left one person in critical condition, and 17 others including a military officer with minor injuries.

Sources close to JoyNews indicated that the military personnel after the attack went to town in search of the civilian who was in critical condition.

The group then forced the victim, who they alleged to be responsible for assaulting their Second in Command, to pay for the latter’s medical bills at the West Gonja Municipal Hospital and another private health facility he was taken to.

According to available information, the brutality took place around 7pm on Monday, May 31, 2021, at the main entrance of the Damongo Nurses Training College located between the Savannah Regional Police Headquarters and the Military camp. 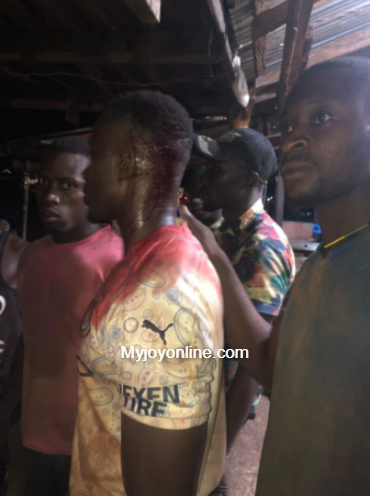 Giving more details, an eyewitness said the incident started from the bush where some 17 boys, who had been hired to load logs and rosewood ahead of the deadline for the ban on rosewood logging were working.

The ban, placed by the Savannah Region REGSEC is expected to be enforced from today, Tuesday 1st June 2021 by a task force comprising of the police and some civilians.

But the Military who are not part of the task force allegedly invaded the area and arrested all the 17 boys loading the rosewoods before seizing their five motorbikes and 17 mobile phones and later moved them to their camp where they were allegedly assaulted till their release.

Continuing his narration, Bakari Nasiru, the eyewitness told JoyNews that shortly after the boys were released, the Military personnel moved to the Damongo Nurses Training College where more assaults on civilians took place.

Confirming the incident, the Savannah Regional Minister told Joy News his attention was first drawn to the arrest of the 17 boys who were loading the rosewoods and later the attacks last night.

On his part, the Regional Minister, Saeed Muhazu Jibril who initially wanted to link the attacks on the civilians to an intended swoop by the Military in one of the Senior High Schools to weed out intruders, said his outfit would investigate the issue.

Meanwhile, the timely intervention of some residents prevented an assault on another civilian task force member, Alhaji Yusif Gambo by the Military personnel.