It was a hilarious moment on TV3 when an angry young man climbed the Ghana’s Most Beautiful Stage. This show is for women so what is he doing on the stage ?

Before live cameras, he angrily removed the wig of Savannah regional Contestant called Arama and threw it into the audience. Not only that, he kicked her on the floor and started hitting her abdomen with his feet. He spoke on top of his voice in anger. 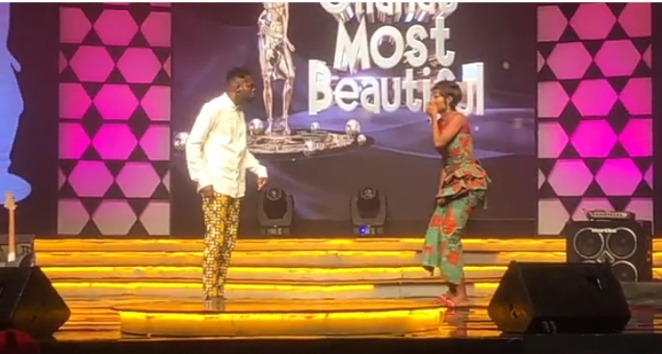 Contestant Was Terrified When The Man Arrived. That Time She Had Her Wig On

What’s happening ? People kept wondering. This later turned out to be a planned act by Arama in portraying Domestic violence against women.The Act was so real that, you could be provoked to call the Police right away.

” What you just saw is a classical example of Domestic abuse. my wig was removed and beaten by my angry husband. Many women Suffer domestic violence in the hands of people who promised them true love. Enough is enough. Say no to domestic violence” Arama boldly Declared.

All these while, her wig was no where to be found as she stood on the stage with her braids. What an educative performance by Arama. 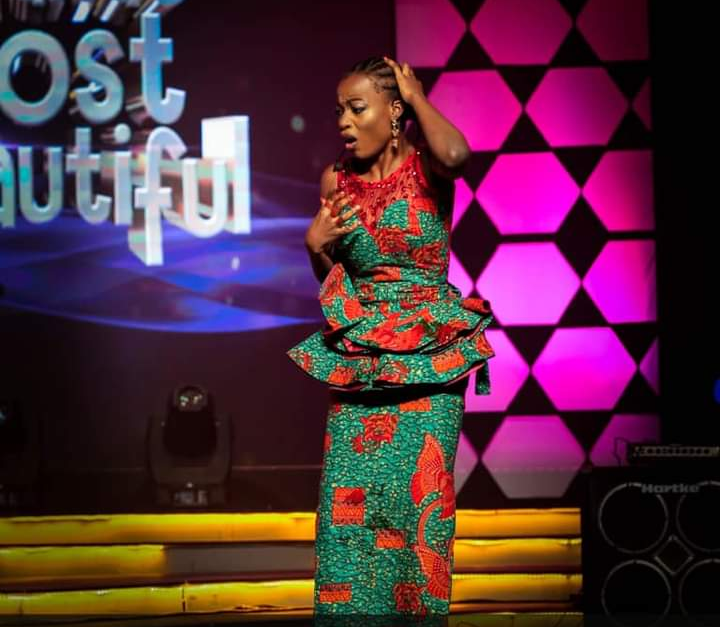