The crème de la crème of Ghana’s political space have converged at the Holy Spirit Cathedral in Accra to commemorate the one year anniversary of the passing of former President Jerry John Rawlings.

President Nana Addo Dankwa Akuf-Addo, however, is not present for the ceremony as he has travelled to Europe where he will be taking a seven-day leave off work.

While former President Mahama will be seeking a comeback to power, having failed to do the same in the 2016 elections, Vice President Bawumia is tipped as a likely candidate for the New Patriotic Party’s flagbearership race.

Meanwhile, some of the dignitaries sighted at the one year anniversary mass include his spouse and children, political leaders and executives, the Chief of staff and government officials. 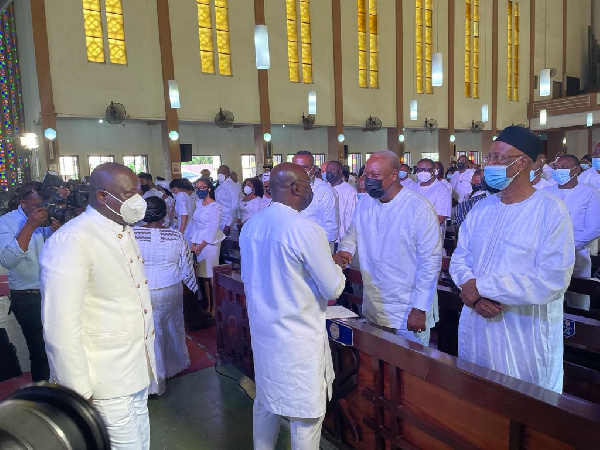 A list of the ten richest musicians in Ghana in 2021