The US House Speaker Nancy Pelosi and a group of Democratic lawmakers wore stoles made from Ghanaian kente cloth on Monday at the Capitol Hill, in honour of George Floyd who was killed by police last month in Minneapolis.

They knelt for eight minutes and 46 seconds – the length of time a white policeman fatally knelt on the neck of Mr Floyd – and later addressed journalists on a bill on police reforms with the kente cloth draped around their shoulders.

Senior US lawmakers hold moment of silence for George Floyd

They knelt down for nearly nine minutes – the length of time ex-police officer, Derek Chauvin, knelt on his neckhttp://bbc.in/30t0DZE 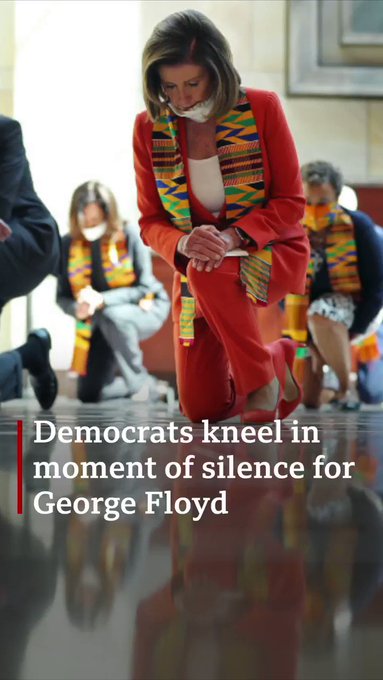 1,163 people are talking about this

If there was every a time for Ghana to enforce their intellectual property copyright of protection over kente + adinkra textiles the time is NOW cuz……………. 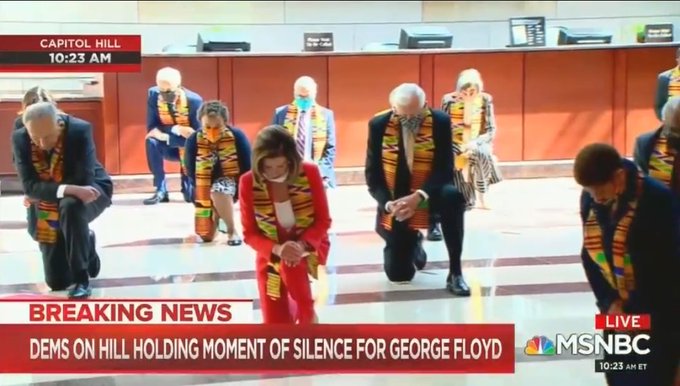 2,655 people are talking about this 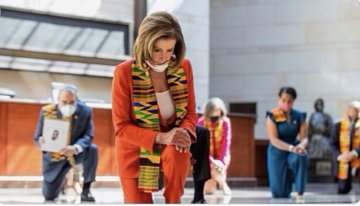 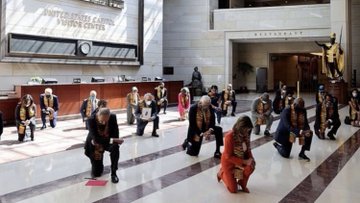 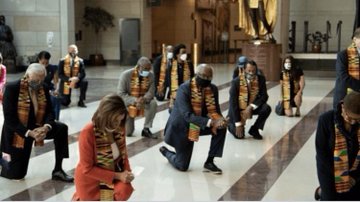 311 people are talking about this

Mr Floyd’s death has led to global protests and calls for police reform.

Kente is a culturally important Ghanaian textile that is also used in some African-Americans contexts – including by graduands of historically black colleges and universities.

The stoles were handed out to Ms Pelosi and the lawmakers by the Congressional Black Caucus, the Washington Post reports.

The decision to wear the stoles prompted a mix of reactions on social media:

ABOUT US
ENFRANSMEDIA is your news, entertainment, music and event fashion website. We provide you with the latest breaking news and videos straight from the entertainment industry.
Contact us: [email protected]
FOLLOW US
© All right Reserved Enfrans Media
MORE STORIES
Around the World