Koku Anyidoho, a former Deputy General Secretary of the National Democratic Congress, has shared photos of himself and actor and politician, John Dumelo on his social media platform.

The photos, according to Mr Anyidoho, were taken when both politicians met in the Volta Region.

In the photos, the two politicians, who were both seen wearing shorts and t’shirts, shook hands and smiled at each other.

It was unclear what they both went there to do but posting the photos, Mr Anyidoho said: “Woke up this morning in the Volta Regional capital, Ho, and met John Dumelo. I wish him well as he enters the full fray of Ghana politics 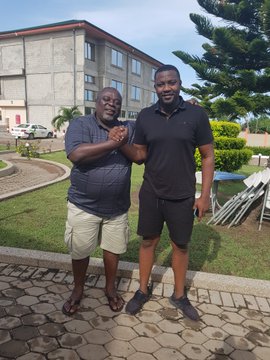 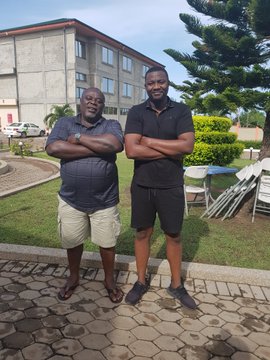 We have restored what Mahama destroyed in 8 years – Bawumia

ABOUT US
ENFRANSMEDIA is your news, entertainment, music and event fashion website. We provide you with the latest breaking news and videos straight from the entertainment industry.
Contact us: [email protected]
FOLLOW US
© All right Reserved Enfrans Media
MORE STORIES
Government and Politics

I remain unshaken As Some Delegates Conjured Curses On...